Holding out for lower latency? 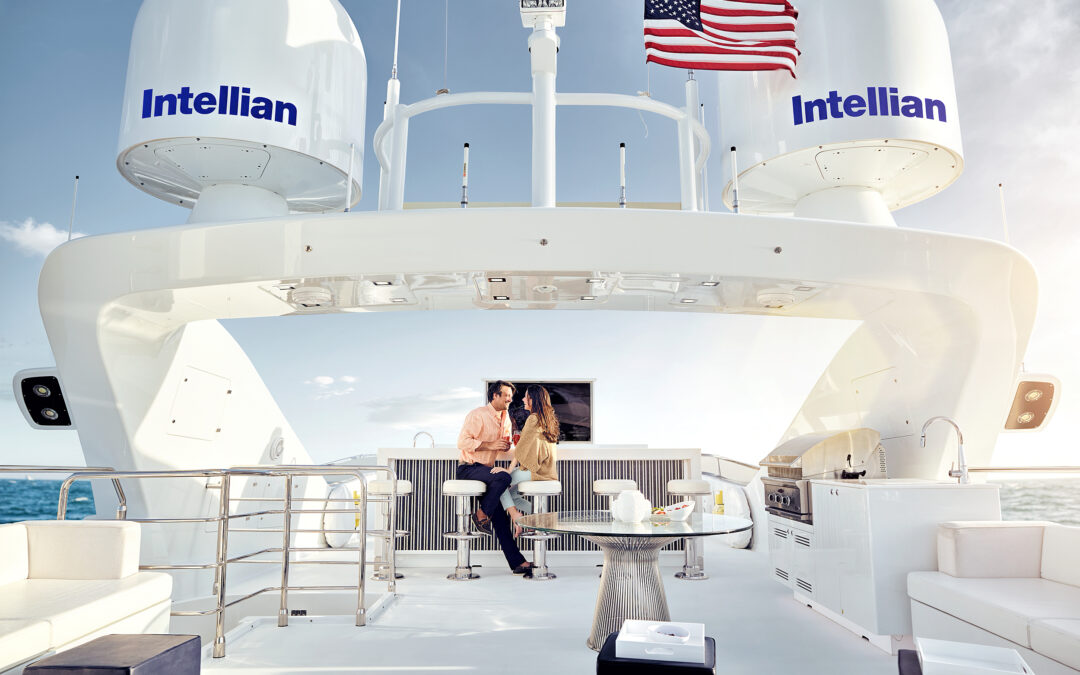 With the advent of new MEO and LEO satellite constellations, investing in future-proof communication antenna systems is the smart move for now and the future.

As the superyacht industry continues to expand, with a global turnover currently estimated to be comfortably in excess of £20 billion, one consequence is that the demands and expectations of new and existing clients, captains and crews grow ever more nuanced and exacting. A recurring stipulation at the top of users’ priority lists is the provision of uninterrupted global connectivity on board, of a quality which matches service levels on land – regardless of wherever a superyacht’s cruising itinerary might take it.

If the steep rise in onboard VSAT usage for communications, recreation and IoT applications is representative of a broader migration towards digital strategies across the superyacht sector, it also mirrors the technological advances which are set to transform the entire satellite communications infrastructure. If all goes to plan, the next five years will see thousands of new satellites launched, augmenting existing GEO (Geostationary Earth Orbit) networks with new MEO (Medium Earth Orbit) and LEO (Low Earth Orbit) constellations.

This will inevitably have a direct bearing on the future of high-throughput maritime connectivity, with obvious benefits for superyacht personnel and passengers. The deployment of NGSO (Non-Geostationary Satellite Orbit) systems will also provide even more dependable, unbroken, high-speed and high-quality coverage in any and every location in the world when operated in tandem with systems utilizing GEO assets.

Crucially, LEO satellites especially will introduce a massive drop in link latency. Current services on GEO satellites suffer from a very high 650 milliseconds round–trip–time (data packet from vessel to satellite, to teleport, to public Internet, and back again). Simply by being closer to earth, LEO cuts this down to around 30 milliseconds, bringing real-time applications like high quality video calling and even online gaming into play for superyachts.

The key to preparedness, however, is interoperability. Superyacht owners making substantial investments today in satellite service packages want to know that their systems won’t become essentially obsolete overnight as the connectivity picture evolves. Future-focused, compatible hardware and software has to be a fundamental consideration; and Intellian, the industry-leading global provider of stabilized satellite antenna systems, has firmly addressed this in the innovative design characteristics which resonate throughout its product portfolio.

A conspicuous example of the way Intellian has stolen a crucial march on the competition is its development of the world’s first multi-band and multi-orbit 2.4m maritime VSAT antenna system, the benchmark Intellian v240MT. Able to operate with GEO, MEOand LEO satellites on C-, Ku- and Ka-band frequencies, its disruptive, next-level significance was duly rewarded in May 2019 when it led to the company being presented with Via Satellite’s inaugural Satellite Technology of the Year award. 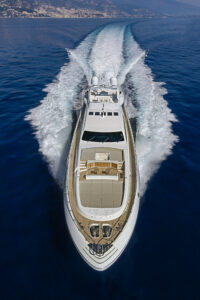 While the game-changing v240MTis targeted primarily at the cruise and energy sectors, Intellian expects that at least some yacht owners will go for what is essentially the most advanced maritime VSAT system ever created. Other owners and managers can be reassured that future-proof features are shared withIntellian’s NX Series antenna systems. Starting with the sub-1m v85NX (although an even smaller v60NX is due to be released in the new year), the range encompasses v100NX, v130NX and v150NX size variants, all with GEO/MEO/LEO tracking capability and convertible Ku- to Ka-band functionality. With their optimized reflector and radome, NX Series antennas are also 2.5GHz Wideband Ka-ready, enabling access to i.e., the new generation of Inmarsat satellites.

Other central concerns which have shaped the design of the NX portfolio include simplifying the installation process via the AptusNX antenna management and control platform, which accommodates a step-by-step commissioning guide. Further into the antenna’s lifecycle, the software also enables remote troubleshooting and precognitive fault diagnosis, which improves reliability as it allows service providers to know what to repair before it breaks.

Installation is additionally streamlined by the use of a single above/below deck cable for a plug and play approach. Even lifting the antenna on board has been considered, with all NX Series antennas pre-slung at the factory. Likewise, the use of shared and standardized modular components contributes to simpler maintenance while reducing the total cost of ownership; spare-part stock requirements for service providers can be lessened by as much as 40%.

The convenience and technical benefits of measures introduced for the NX Series are important factors for superyacht owner/operators; and the forethought that goes into VSAT antenna development at Intellian extends to the TVRO. For instance with a new matching dome solution ensures that the purity of a vessel’s lines are not cluttered or overshadowed by satellite TV antennas. 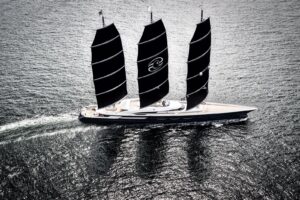 Having established that compatibility with forthcoming NGSO constellations, ease of installation, lifecycle cost-effectiveness and unobtrusive aesthetics are key to modern superyacht Satcom packages, another decisive element has to be system flexibility. One owner’s needs in this respect are unlikely to be precisely identical to another’s, so the ability to tailor solutions and present bespoke offerings is far more essential in the superyacht world than for instance shipping, where a fleet of identical tankers would all use the same basic solution.

As an indication of what’s achievable, consider Intellian’santenna solution for the new-generation, state-of-the-art 106.7m Black Pearl superyacht, which will be fitted with four Intellian antennas– two t130WTV antennas and two 1m Ku- to Ka-band convertible v100 communications antennas–and these are mounted to the yachts’ three 70m carbon-fibre masts. However, the rotating masts and the superyachts’ sails posed a potential problem as it was feared that they would cause blockages and prevent the antennas from tracking satellites efficiently.

Patently, anything less than consistent, premium-quality connectivity would have been unacceptable on a superyacht designed to deliver the optimal onboard experience; so Intellian, within the space of a fortnight, performed adaptions on its software which nullified the issue. In addition to linking the antennas with an Intellian Dual VSAT Mediator, which provides automatic switchover should one antenna become blocked, the company devised a solution to track the masts’ rotation and differing sail positions, guaranteeing that the antennas maintained an unbroken connection. It’s interesting to note that new developments mean that NX Series antennas do not need a mediator for switchover.

If this level of adaptability sets a high bar for the provision of undisturbed onboard communications and TV services in all areas and weather/sea conditions, it also represents a wake-up call for the maritime communications industry as a whole. Intellian is pulling out all the stops to make this degree of all-encompassing service the norm, supported with the reassurance of a three-year warranty on all products; and the future won’t wait for stragglers to catch up.

Read this article and more in our Superyacht Technology Winter Blueprint here.
To find out more about Intellian visit their website.