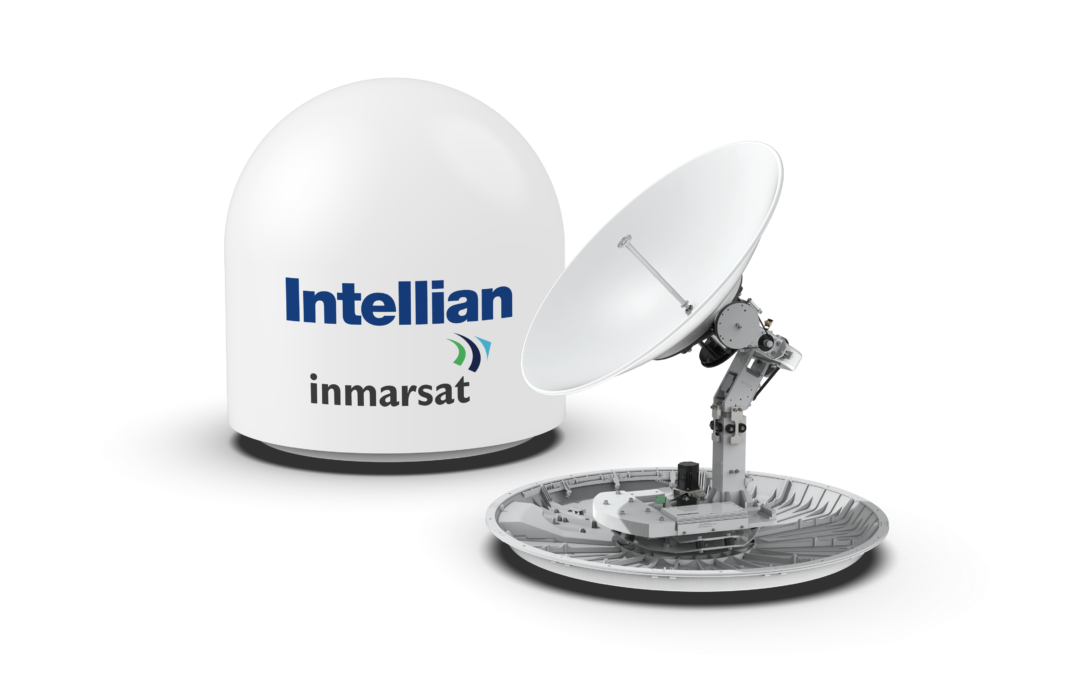 The Ka-band GX network from Inmarsat, the world leader in global, mobile satellite communications, is being enhanced and expanded at an extraordinary rate, with fully-funded plans to increase the number of GX satellites over the next four years from four to twelve. This is in response to rapidly increasing user demand for high-speed data services across the globe, including the typically hard-to-reach Arctic regions.

The latest of the new satellites – GX5 – was successfully launched in November 2019 and is positioned to cover the EMEA region. Once in service later this year, GX5 will deliver twice the capacity of the entire existing GX fleet of four spacecraft combined.

Intellian’s highly efficient next-generation GX100NX antenna supports 2.5GHz Ka wideband networks out of the box and is supplied with a 5W BUC as standard, with the option to upgrade to a high-power 10W unit. This makes the GX100NX upgradable and futureproof for Inmarsat’s next-generation high-capacity, high-speed constellation and future network upgrades.

Extensive sea trials demonstrated the significant advances over previous GX100 models, with faster satellite acquisition and a staggering 1dB (25%) signal increase. These advantages combine to deliver substantial improvements in network efficiency and availability which, when combined with superior bandwidth, will introduce Intellian and Inmarsat’s customers to a new era of reliability and value. Terminal testing also proved the effectiveness of the GX100NX Below Deck Unit, which integrates the Antenna Control Unit, GX modem and mediator function for dual antenna configuration in a single unit.

Eric Sung, CEO of Intellian, commented: “We designed our NX series to bring cutting-edge performance to our customers, both now and into the future. Inmarsat’s rapid network expansion, both in terms of coverage and bandwidth, gives us the opportunity to demonstrate that the GX100NX is ideally suited to do just that, and we confidently anticipate that it will rapidly become the preferred choice for Inmarsat Fleet Xpress customers.”

Ronald Spithout, President, Inmarsat Maritime, added: “Intellian’s innovative approach to antenna design mirrors our strategy for the Fleet Xpress platform, which has been installed on more than 8,000 vessels and is now much more than a VSAT connectivity pipe, due to fast-growing value-added services such as Fleet Data, Fleet Edge and Fleet Secure as well as the rapid development of our Application Provider ecosystem. We are delighted to welcome the GX100NX to our network and, together with Intellian, we look forward to delivering and continuously improving our service to meet the growing connectivity demands of the global maritime economy.”

Intellian NX antennas – including the GX100NX – feature a single cable design, along with new AptusNX software to enable fast commissioning and maintenance. This focus on streamlining installation and support processes delivers lower lifetime costs, without compromise on link performance. More savings come from the NX platform’s modular design, allowing spare part stocks to be reduced by up to 40%.

The GX100NX is now commercially available from all Intellian’s global logistics centers.

Intellian are proud sponsors of the Superyacht Technology Conference.