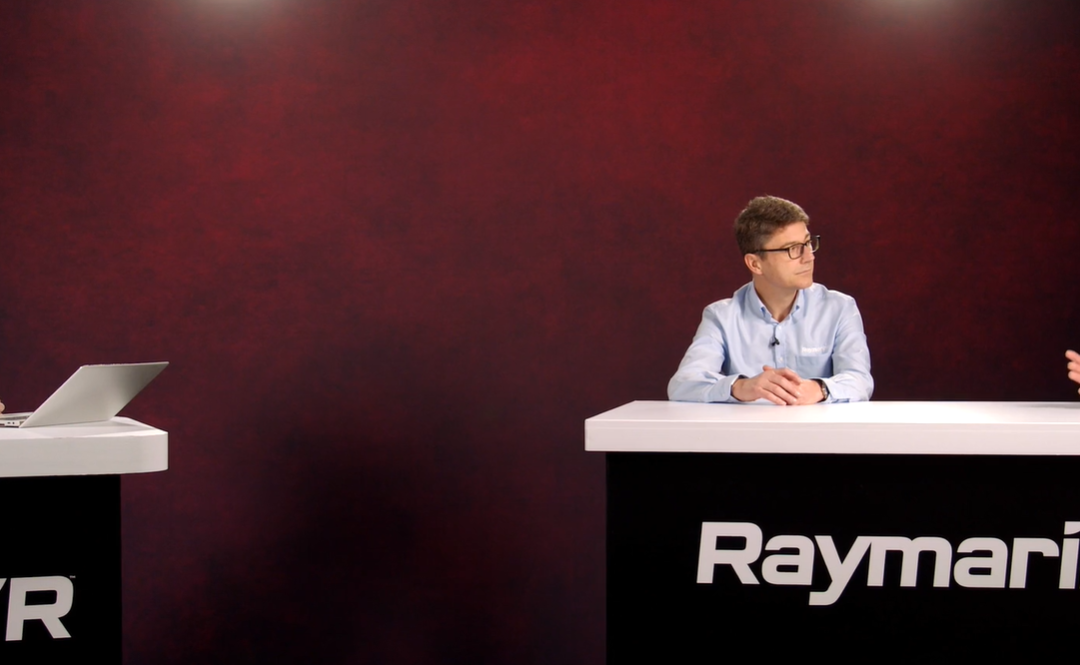 At a virtual press conference held ahead of METSTRADE Connect on 9th December 2020, members of Raymarine’s senior leadership team shared the latest developments from the premium marine electronics brand and launched an innovative new digital control system: YachtSense™. They also discussed how the company had successfully managed the multiple challenges posed by the coronavirus pandemic during the past months, and how recent trading indicates a positive future for Raymarine and for leisure boating.

Opening the conference, Vice President of Marketing for FLIR Maritime, Peter Ingram, said: “Although we saw localised downturns in Asia, January and February were good months for FLIR Maritime and Raymarine. As the pandemic swept the globe, however, we saw lockdowns in more countries, with many of our key partners asked to temporarily halt production. But we never stopped planning for the future, maintaining investment in engineering and mindful of the need to support Raymarine users out on the water. Our service and support team continued to field calls and answer emails during the most severe lockdowns during March and April, and we communicated to Raymarine users through webinars, now published on YouTube.”

Moving on to the current and future state of the market, Ingram added: “We were really pleased to see trading pick up in late summer and early autumn. We have had very strong recent trading, and revenues and profitability have reached near-record levels. We continue to invest in innovation and to collaborate with our customers to allow boaters the safest and most enjoyable time out on the water.”

During 2020, the development teams at Raymarine have been focused on delivering new innovations to the market. The successor to the award-winning Axiom, the Axiom+ line of multifunction navigation displays was launched in June and Raymarine gave the industry a preview of their entirely new cartography platform LightHouse Charts.

The conference then moved on to the global launch of YachtSense™ and an update on Raymarine’s assisted docking solutions, DockSense™ Alert and DockSense™ Control.

YachtSense, Raymarine’s new digital control system, was announced during the press conference by Josh Wilson a Global Product Manager for Raymarine. An advanced digital control system that connects to almost any device onboard, YachtSense gives captains total control and better awareness of the boat’s systems. Engine and generator sensors to climate control and lighting can all be managed by Yachtsense, providing effortless control, allowing the captain and crew to concentrate on enjoying time on the water.

YachtSense is controlled from a fully customisable, touch-screen interface accessible through any Raymarine Axiom multifunction display on board. Offering extensive configuration options and safety features, the system is fully scalable to the owner’s requirements.

There are two versions of DockSense: DockSense Alert, which provides yacht captains with 360° imagery of the area around their boat and proximity alerts as they manoeuvre into position, and DockSense Control, which takes the same inputs and uses the onboard propulsion for station keeping and perfectly-executed, joystick-controlled docking.

The DockSense Alert system was launched earlier in 2020 and the first commercial installation was seen on a Monte Carlo MCY 76 this year.

“DockSense Control interfaces with a wide variety of propulsion systems, and this has been the focus of our recent developments, comments Gregoire Outters. “We have already demonstrated DockSense Control with pod drives and outboards, so the emphasis now is to make the system work with inboard engines. We have collaborated extensively with Aventics on the joystick control and with Nanni and other leading manufacturers to allow us to offer DockSense Control to all boats with sterndrives and thrusters.”

An operational system is already in use on Raymarine’s Hardy 42 test boat in the UK, where it has proven capable of coping with strong winds and tides.