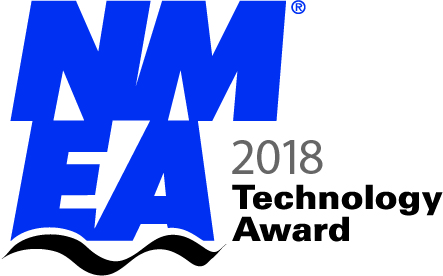 Garmin today announced that it was named Manufacturer of the Year for the fourth consecutive year by members of the National Marine Electronics Association (NMEA). This honour is given to the most recognized company in the marine electronics field for its support of products in the field, voted on by members of the NMEA.

“We’re extremely proud to be honoured by the NMEA for both our industry-leading technology as well as our support of our products to dealers and customers in the field,” said Dan Bartel, Garmin vice president global consumer sales. “Our commitment to deliver first-class hardware, software and support is stronger than ever, and these coveted awards are the result of that dedication and a true testament to our industry-leading products.”

A panel of four judges, including two media and two NMEA certificated marine electronics technician (CMET), evaluated 16 nominated products this year before awarding Panoptix LiveScope with the exclusive NMEA Technology Award honour. LiveScope, which was also recently named “Best of Show” at the International Convention of Allied Sportfishing Trades (ICAST), is the first and only live scanning sonar for recreational fishing that gives anglers higher resolution and easierto-interpret images of structure, bait and fish swimming below and around the boat than ever before.

“LiveScope is the first and only live, real-time recreational scanning sonar,” the NMEA Technology Award judges said. “The transducer has two modes—straight down and forward looking. LiveScope is an innovative system that combines scanning sonar and live sonar to deliver easy-to-interpret real-time images of bottom structure, bait and fish to 200 feet below or around the boat even when the boat is stationary. When the boat is moving, it continuously adjusts the sonar beams to compensate for motion.”

Garmin also won the MFD category for the third year in a row for its GPSMAP® 8624, a 24-inch all-in-one touchscreen chartplotter that boasts the highest screen resolution on the market. The GPSMAP 8624 comes preloaded with both BlueChart® g2 coastal and LakeVü HD inland maps for North America, and is fully network compatible for support of radar, autopilot, instruments, multiple screens, sensors, remote sonar modules, digital switching, thermal cameras and more.

For six years running, Garmin received the top spot in the autopilot category, this year for its GHP ReactorTM 40 Hydraulic Autopilot with SmartPump. The GHP Reactor was Garmin’s first recreational autopilot system to utilize AHRS technology and boasts the usability, installation flexibility, and many other features that prove to be valuable for any vessel.

FUSION®, a Garmin brand, also received consecutive honours with a win in the multimedia entertainment category for the third year for its Apollo RA770 marine entertainment system, the world’s first touchscreen marine stereo with Apple AirPlay® and built-in Wi-Fi.

Finally, Garmin’s ActiveCaptain™ was honoured in the mobile application—utility category. ActiveCaptain is a free all-in-one mobile app for mariners that delivers a seamless content management system with access to cartography, automatic delivery of the latest software available, off-vessel planning capabilities, connected services and so much more.

Garmin’s portfolio includes some of the industry’s most sophisticated chartplotters and touchscreen multifunction displays, sonar technology, high-definition radar, autopilots, high-resolution mapping, sailing instrumentation and other products and services that are known for innovation, reliability and ease-of-use.