Passive Weapons: How to protect yourself in an attack. 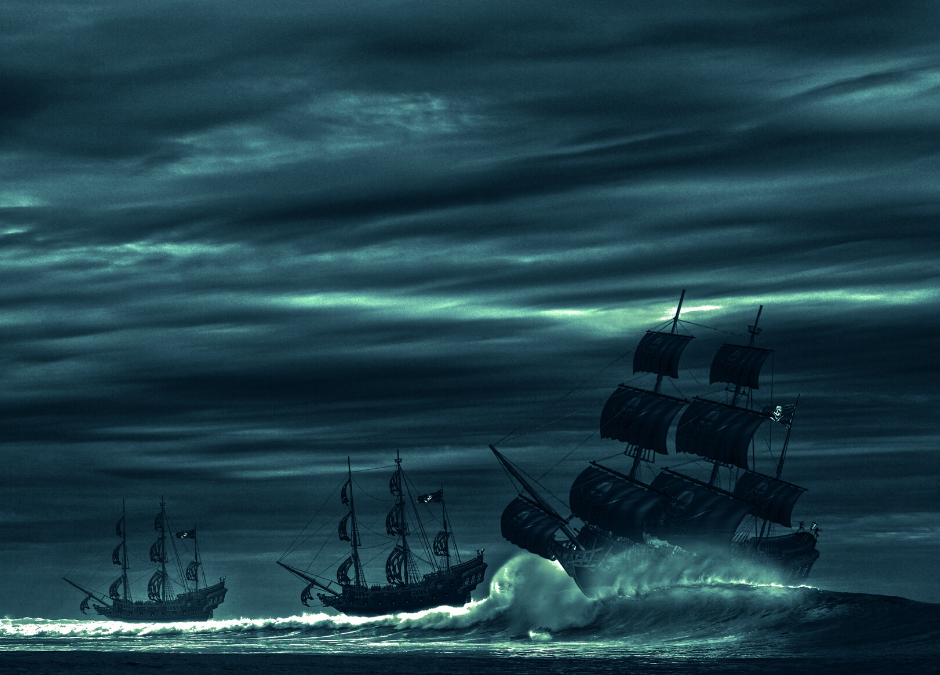 While life on a superyacht is generally safe, international waters can be a dangerous place. For pirates, for example, hijacking one of those luxury vessels would make for a very prosperous prize. There are only specific areas in the world where pirates pose danger to sailors. However, superyacht owners might still be interested to know what they can do to protect their vessels.

Carrying arms on a superyacht is generally a bad idea. Travelling in international waters and across countries means that a superyacht will be subjected to the laws of many different countries. A US owner legally flying the US flag, for example, will be able to carry licensed arms and ammunition in international waters and across the USA. But when travelling to another country, those same arms and ammunition might be illegal.

Passive weapons, however, generally fall into a more legally grey area. Defensive systems that cannot actively harm someone or cause lethal injuries (under normal circumstances) are generally allowed on board.  When travelling through specific regions with increased pirate activity, some owners might opt to hire armed guards. After all, pirates always adapt to the latest measures against them and there are very few things that can stop them short of trained guards and live lethal weapons.  In most other cases, however, equipping the superyacht with passive weapons might be the better answer.

Water as a weapon

While travelling at sea, the most obvious passive weapon is water itself, starting with the traditional water cannon. These cannons can deliver an extremely powerful stream of water at quite long distances.  When used correctly, a water cannon can not only push potential pirates or other threats away but it can also hinder small boats. Of course, using a water cannon while being approached by armed men is not an ideal situation. For that reason, most modern water cannons that are equipped on marine vessels can be controlled remotely. Thus, a crew member can operate them from a safe location such as the citadel, the room where crew members can safely retreat in.

Another example of a water-based passive weapon is the so-called “anti-piracy curtain”. This system created by MTI and Yokoi works in two ways.  First, it dispels a lot of water from the side of the ship through specially fitted nozzles which aim to make it harder for anyone to climb on board and to sink any small ship adjacent to the vessel.  Secondly, a host of high-pressure hoses are thrown on the side of the ship. The restrictive nozzle at the end of those hoses forces water to come out at pressure, lashing about randomly and violently and hurting any would-be boarder.

Aside from water; light and sound are two other popular types of non-lethal weaponry. The Long-Range Acoustic Device (LRAD) can produce extremely high-pitched noise which is not merely uncomfortable but painful for any human ear.  The LRAD has already seen action in both marine and land-based applications with varying levels of success. However, the LRAD is meant to be used as part of a wider security system rather than a standalone defence weapon.

Laser-based passive weapons have also been used, the lasers are not hurtful but they can both distract potential invaders and act as a sort of warning.

Pirates always are prepared for the element of surprise, regardless of what weapons they are carrying. Boarding another vessel can be extremely challenging when that vessel is attempting to defend itself.   Approaching a massive vessel like a superyacht while being blinded by a laser system will not deter every pirate but it will definitely provide the security team with time to set up the other defence systems and potentially mount a successful defence.

Although a non-lethal defence system can potentially be surmounted by persistent attackers, it will afford the potential victims with time to defend themselves and call for essential help.

This article and more can be read in our Superyacht Technology Winter Blueprint.

If you are interested to be included in our Summer 2020 Blueprint please email the Editor, Joanna Palmer as soon as possible on jo@superyachttechnology.com