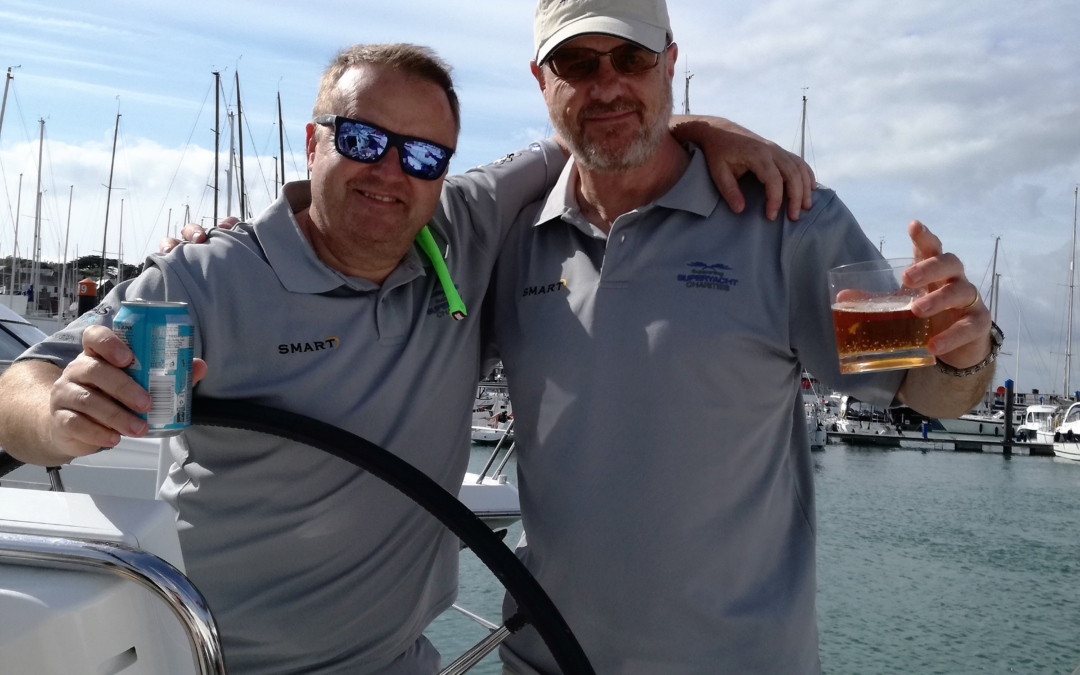 The weekend offered a chance to raise funds for a worthwhile cause, Sail4Cancer, for which Kerry is also a trustee. The competing teams included Superyacht Charites (SYC)/Ideaworks, Charles Douglas, Redman Whitley Dixon, Nobiskrug, BMT/Oceanco and Magnus Marine.

Pettitt, now Consultant Commercial Director at SMART, said of the results, “Well done to all that took part. BMT/Oceanco were extremely pleased to take the trophy home with SYC/Ideaworks coming in very close 2nd and Nobiskrug in 3rd place.”

The crews raced in a matched fleet of Fairview Sailing’s Beneteau Oceanis 37 yachts, and over £500 was raised for Sail4Cancer on the raffle alone.

Sail4Cancer is primarily a provider of water-based respite days and holidays for families affected by cancer. The charity also makes grants to cancer care centres and supports research into the positive effects of exercise and how it can help prevent cancer and aid recovery post diagnosis.