Capturing the best view at CES 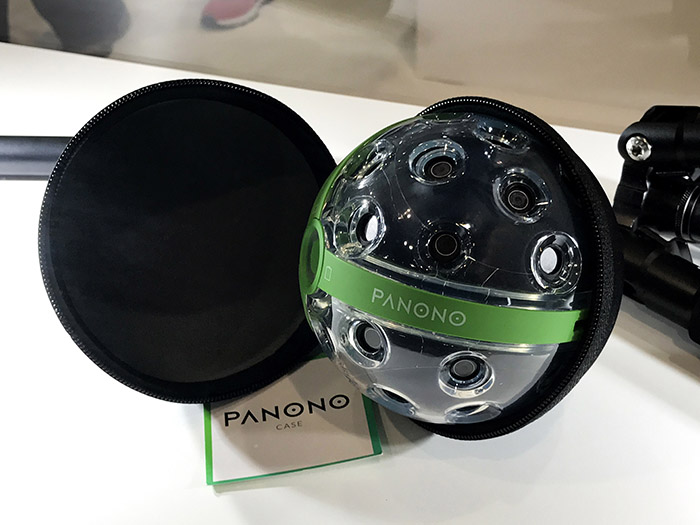 It seems like Panono had a great view of the CES show in Las Vegas with its 36 lenses 360-degree viewing experience. From a successful crowdfunding campaign on Indiegogo, Panono was finally created.

Panono takes 36 single images and automatically stitch them together and saved as on 108-megapixel image in the Panono cloud where the user can easily access in any location and share with others, a perfect tool for you and your guest onboard.

It’s a small, compact piece of technology, measure 11cm in diameter and weight is just 480g. With the small size and the light way, the best feature about Panono, is you can throw it in the air, the sensors inside detects, when it reaches its peak, it will automatically take the picture.

However, we know the Panono isn’t the only 360 camera out, and it seems that for the big price tag and some uncertainty from customers and gadget geeks from using this camera, here are a couple of other 360 cameras that are turning heads.

What’s even small than the Panano (not just talking about the price tag)? The 360fly 4k camera is just 6.1cm and weighs just 172g. It’s small like the Panano which mean you can also throw it in the air and it is shockproof in case you miss the catch. The 360fly goes that extra mile by enabling you to film 4k video.

The Samsung Gear 360 arrives with two F2.0 lenses to each capture 180 degrees creating a seamless and complete 360-degree field of view, right up to 30mps. Something unique about this gear; it enables you to have VR capabilities.

Definitely something that feels like the gadget of the future. We have all imagined what it would be like if your eye can capture the moment… however, there is a pair of glasses that can. ORBI Prime is the first 360 HD video recording eyewear, it is effortless and it allows anyone to create 360-degree photos and video. You can easily connect the glasses to your phone, have effortless video stitching and mobile editing software and easily share. It’s lightweight and comfortable!