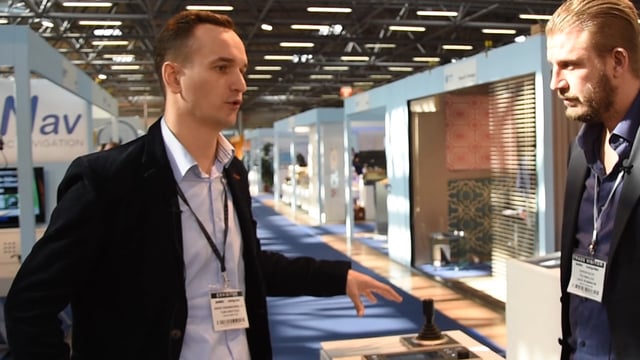 Superyachts are not simply luxurious but also monumental marine vessels. Each part of a superyacht is carefully designed and, as in other marine industries, technological advancements take centre stage here. As far as the control systems such as joysticks are concerned, marine vessels have changed quite a bit. In this digital age, electronic and software-based systems are almost ubiquitous.

The evolution of joysticks

For those outside the industry, it is hard to understand just how much joysticks have changed in the last two decades. After all, joysticks have maintained a similar look throughout the years, leading some people to believe that their inner workings also remain largely the same.

That, however, is quite far from the truth. In fact, both the hardware and software associated with joysticks has evolved tremendously over the years, as steering is an area in need of constant improvement.

Initially, large and heavy wires were involved. Those systems were far from lightweight, had to be carefully installed, and when presented issues were difficult and expensive to replace or even to fine-tune.

Nowadays, such installations no longer exist. Joysticks are basically an interface for the ship’s inner systems, which have also been refined throughout the years. While they are still very complex systems in the back-end, the user-controlled side of things has been streamlined very effectively.

In the early days, joysticks produced heavy tactile feedback, strongly responding to whatever the vessel was going through at any given time. While that feedback was welcome by some, many felt like it made joystick steering inconsistent.

Now, manoeuvring with a joystick is conveniently sleek, owing largely to background improvements in hardware and software. In fact, many of these systems can be improved or adjusted on the go.

Connecting such systems to the cloud might seem like a risky proposition but it is important to note that they cannot be remotely controlled. Only subtle changes can be made, in order to help the captain with steering in specific circumstances or to update the software and its algorithms.

A combination of technologies

Today, joysticks can be found on numerous superyachts worldwide. In fact, there are many purpose-built superyachts which take full advantage of joystick systems as well as other new technologies such as iPads.

In addition to that, joysticks are frequently found in both air and sea superyacht tenders. Joystick controls make tenders incredibly easy to control and also provide great levels of control, particularly for the less-experienced and in tight quarters.

While iPads are not involved in steering the larger vessels, they are also frequently used as an additional control system, particularly in smaller tenders. In fact, dedicated iPad systems allow those vessels to be controlled by anyone with the slightest experience in steering.

In superyachts, steering is ofcourse a process that involves numerous systems. Automated systems do much of the ‘heavy lifting’ when out at sea but the captain still has to maintain full control, particularly in harbours and similar areas.

Of course, joysticks are not the only method of steering a vessel. Integrated systems which also include electronic wheels can still be found in many ships though they are often supplemented by a joystick as well.

Someone with no experience of marine vessels would be lost in the bridge as the steering systems alone can very complicated. Captains have to stay up-to-date with the latest innovations in the industry, through most can learn new systems easily because of their current experience.

In the future, steering may look entirely different. For instance, a vessel may be entirely controlled through a dedicated app that may or may not use augmented reality, virtual reality, or some other type of new technology.

With the rise of wearables and IoT devices on the horizon, vessels may even become almost entirely autonomous. Gesture-based control devices could also appear on the market, allowing captains to wear a special glove that will allow them to manoeuver the vessel, for example.

Of course, these are ideas that will not come to fruition for a long time. Anything that could threaten the safety of a vessel has to be tested extensively before it is approved, and it is doubtful that automated systems or those based in entirely new technologies will make the cut anytime soon.