Is handing control over to ETOs the secret to the ‘most advanced’ communications manager? 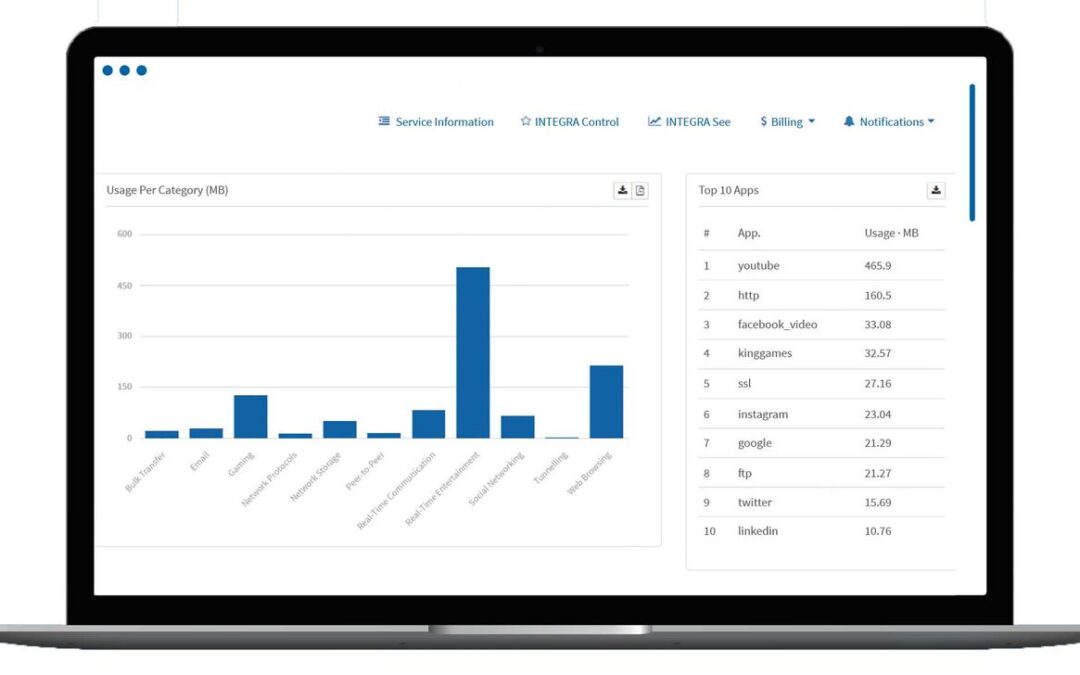 An owner is trying to stream his favourite football team playing in a live match on Sky Sports. At same time, a crew member is downloading the latest series of Peaky Blinders on Netflix. This maxes out the yacht’s bandwidth and therefore the owner’s streaming doesn’t work as it should. He gets annoyed and shouts at the ETO/Captain, causing the Captain to ring up the provider and moan that they are not getting their contracted speed. In response, their provider gives them a confusing, old-style report that doesn’t solve much, by which time the football match is finished and the owner upset.

Am I getting the speed that I’m paying for?

This question must sound familiar. Onboard a yacht, it is so common because all too often, although the possibility to have that promised speed is there, something is mysteriously using up the bandwidth or data allowance. Captain’s often don’t know exactly what this is, which creates mistrust between customer and supplier. We see this across the board, and it has led to an unhealthy rift in the industry.

The solution is clear; to find an easy way to grasp what is really using the data. But it is not enough to simply know what is using it, you also need to be able to control it.

Software for managing onboard communications is not a new idea, but there is a new web portal for managing satellite communications on the market – one which promises it is the most advanced and easiest way to manage onboard connection. But can it really live up to all that? We evaluate the features that make up INTEGRA Control, the new solution from Applied Satellite Technology (AST) which hands complete bandwidth control over to the ETOs.

The product works by identifying all IP traffic in real-time, right down to the individual applications running. For example, where some management products may only take their analysis as far as Facebook or even the broad category of ‘Social Media’, INTEGRA Control can differentiate between merely browsing Facebook and streaming Facebook Video or chatting on Messenger. Encrypted IP streams like Whatsapp chat, video and voice, which are often missed by standard firewalls, are also picked up.

Because these channels are identified live, analysis charts can be updated every two minutes. This means that the ETO or AVIT Engineer can have up-to-date control of their yacht’s bandwidth usage between applications. Traffic limits can be set, bandwidth speed sped up or slowed down as usage levels pass these thresholds, and certain apps even blocked completely in reaction to whatever is being used at the time.

The aim is not just to make data performance consistent on board, but to make achieving this easier to achieve for the ETO. So, the live charts break down the top ten applications being used at the time, making it easy to see where bandwidth is being wasted on unnecessary applications and giving the opportunity to prioritise  applications that are wanted by the owner or guests.

Hosted in the AST ground-network, this solution allows the user to control all their applications without any additional hardware required on the vessel. This frees up space on the bridge, and is what differentiates it from INTEGRA EDGE, AST’s on-board device element for managing connections between VSAT, 4G, WiFi, L-Band and the crew-use portal.

AST has made considerable investment in its INTEGRA Intelligent IP Network. After all, the Network is fundamental to how Control is able manage applications in real-time, with traffic initiated from the satellite terminal at the point it reaches the ground-based Network. This does mean that Control is only available to AST airtime customers. However, it can support connectivity to any satellite IP network and communications equipment, currently supporting Inmarsat, Iridium, Thuraya, Telenor THOR 7 and  ITC/Panasonic VSAT services.

With cybersecurity such a hot topic, potential users will be reassured to know that it has multiple layers of cybersecurity controls to maximise protection against threats. The first layer is an advanced firewall, which controls traffic and blocks abnormal connections. The second layer is web filtering with anti-malware and anti-virus protection, and a default block on software updates. The third layer is intrusion prevention. This provides near “zero-day” protection against known and emerging threats, which can generate additional unwanted traffic.

The Network also uses optimal routing to select the best possible path across the internet. This includes taking latency, packet loss, route stability and congestion into account in order to  deliver a more consistent performance than via standard internet carriers.

The MyASTportal is where ETOs and AVIT Engineers can go to manage all their yacht’s connections. As well as the live chart, it shows monthly reports of bandwidth usage, which can be downloaded for offline use.  This also is where information about provisioning, billing, reporting and support is stored.

It is designed to have a very user-friendly interface. However, ETOs are given full training on how to use the portal before being left to manage their boats connections, as it could be potentially dangerous if the user was to start restricting bandwidth without understanding what they are doing. AST has reassured us that this training only lasts an hour. What’s more, if all goes wrong, there’s always the faithful reset button, restoring all data control to the original settings with one tap. The portal is accessible via a laptop, tablet or smartphone.

It certainly seems like it will make bandwidth management onboard an easier task, and if it truly does provide the most advanced analysis then it is hard to see why yachts would not try it. However, for those who are not currently AST airtime customers, this may prove a barrier.

Ultimately though, the solution will save the owner money whilst making life easier for technical staff on board, as with the bandwidth manageable and efficiently distributed there will be no exceeding the monthly data allowance or unnecessary bandwidth upgrades. Wins all round.