Why going virtual is a great idea for superyachts

“Crestron Virtual Control for superyachts delivers many advantages over traditional hardware-based control systems that make it well worth the investment of learning time,” says Daniel Kerkhof, Director, Crestron Marine.” Let’s take a look at those advantages and what to expect.

A lot has changed in technology since the launch of the Crestron 3-Series® control system about a decade ago. The iPhone® mobile device took off. Cloud computing rocketed past its startup phase. So, it’s no surprise that much has changed with Crestron control technology, as well.

The 3-Series is purely a hardware-based control system, while Crestron Virtual Control (VC-4) is a virtual, server-based control platform that can supplant the need for multiple 3-Series. It can run multiple control programs to control multiple areas of a superyacht over the network from a single centralized location.

“While Crestron will continue to evolve hardware-based control systems in the form of the 4-Series, the advantages offered by the software-based VC-4 are significant for the marine sector,” explains Kerkhof.

The VC-4 allows control of installed devices directly via Ethernet. Devices that require a serial, IR, or other hardware interfaces can be integrated via decentralized control ports. Wireless Crestron devices can also be integrated via a wireless gateway. “This way, Crestron Virtual Control reduces the amount of equipment required in each room, saving precious space,” explains Kerkhof. 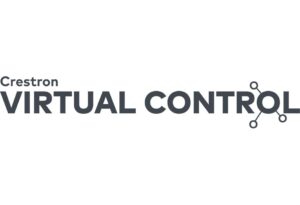 Crestron Virtual Control also offers the advantage of programming flexibility and the ability to easily add extra CPUs or memory, as needed. With hardware-based control, the programmer had to decide upfront which mobile devices and touch screens to put on which control system, to make sure that it wasn’t overtaxed when running several processes simultaneously. Because the VC-4 is virtual, the program slots can be divided virtually.

“And what might be the biggest advantage of all,” says Kerkhof, “is the possibilities it offers for redundancy and security, which result in greater reliability. We all know how important that is for technology used on superyachts.”

At the same time, virtual control might take some getting used to. “ETOs and programmers are used to working with dedicated hardware. Because the VC-4 is composed entirely of software, with an accompanying license, it makes the solution less tangible. Another VC-4 feature that programmers might have to get used to, is the elimination of programming in Crestron SIMPL Windows in favour of .NET. Fortunately, we can help with that.”