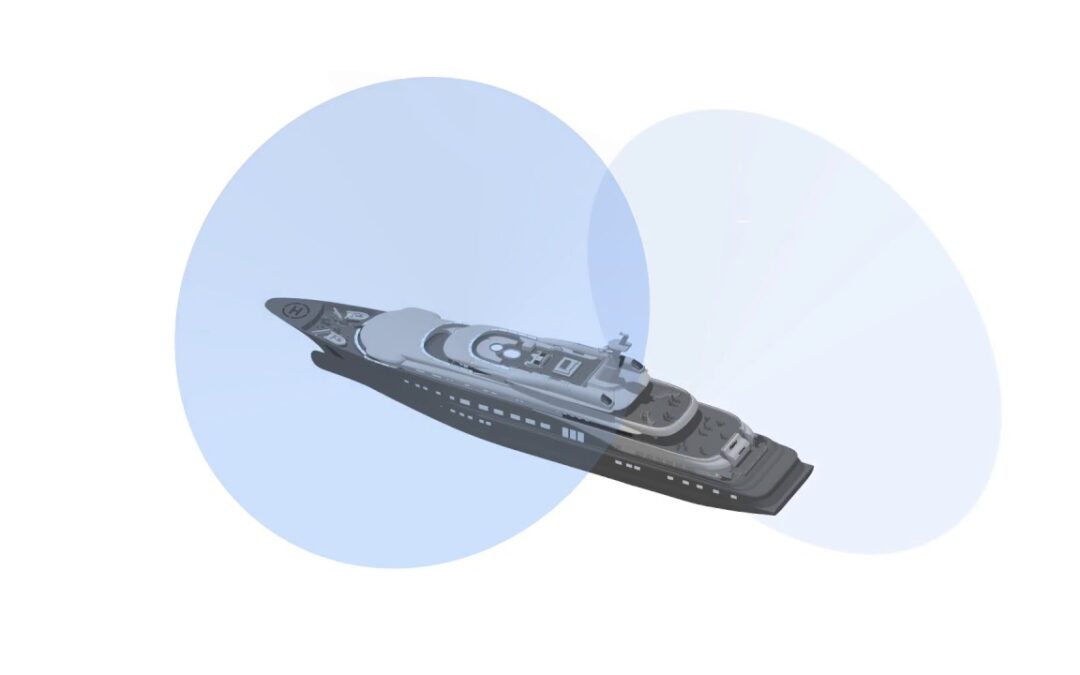 The missing link between connecting billions of people to high-speed mobile access is a small, clever, yet affordable antenna.

Today Kymeta antennas and terminals deliver high-throughput communications for land, sea and air, making mobile connectivity as available as a view of the sky. They have now joined forces with the world’s largest satellite operator, Intelsat, to deliver K?LO global access services which are bundled with Kymeta antennas and terminals to provide revolutionary new mobile connectivity at a very low cost.

Staying connected to the all-new orbiting LEO satellites in 2020 whilst on the move, will be practically impossible, without Kymeta mTenna technology. If building new or upgrading today, you would be wise to use antennas that are future-proofed to work with the new satellites in 2020.

In June we announced that, after over three years of collaboration, Kymeta has named e3 to be the exclusive global Distribution Partner for the yacht market.

Over those years the product has evolved and we have made recommendations as to what is required for a superyacht solution based on our 21 years experience working in the superyacht communications field.

Håkan Olsson, Vice President Maritime, Kymeta said, “the commitment and insight that e3 has provided over the last 3 and a half years has been very valuable to Kymeta.”

Why This is such a Unique and Good Solution?

The solution that has been developed is not the same as a conventional stabilised antenna and as such, how it works, is installed and used is different.

The solution has an extensive list of features, which either match or add to the features of a conventional antenna:

At the Monaco Yacht Show in 2016 we had two panels combined onshore, with a 60Mbps receive and 6Mbps transmit working throughout the Show. The bandwidth was the maximum provided by the satellite for the Show and it was capable of going faster.

This year we started sea trials in early May 2017 and will continue on both sail and motor yachts in the Caribbean, Atlantic and Mediterranean over the next 3 months.

This is a very exciting time and we are already seeing some great results.

In the middle of May, we installed the first Kymeta panel on a SY which we refer to as Prototype yacht A in the Caribbean. This yacht has sailed in the Caribbean, to Bermuda, with plans to cross to the Med at the end of the month. We conducted some crystal clear, live Facetime calls with the yacht when she was under sail in the middle of the Bermuda triangle connecting to an HTS satellite.

Kymeta panels were also installed on a MY which we refer to as Prototype B in mid-June. We will be monitoring progress closely during their summer Mediterranean cruise.

A third, small but fast 50+ knot yacht, Prototype C, has been tested at maximum speeds in 5 foot seas and the antenna tracked perfectly. Even when the yacht was idling and was violently pitching and rolling, the antenna didn’t blink.

Our final and fourth test, Prototype vessel D, will take place on a commercial vessel starting in July around the Caribbean.

The sea trials are extensive and enable us to test the technology on different types of yachts and other vessels, in different sea conditions, using different satellites with different configurations of panels. This is just the start, and we will provide updates over the summer months. The two yachts will be at the Monaco Show in September for personal viewing and testing.

Watch this space for further sea trial updates over the next few months.

e3 Systems is in the process of appointing Value Added Resellers as Certified Distribution Partners (CDP) to sell, install and support Kymeta connectivity solutions globally. e3 will also be appointing shipyards and other organisations to become Certified Installation Centres

(CIC) with the facilities for the installation of Kymeta flat panel mTenna technology and KyWay terminals combined with K?LO™ high-throughput access services. The selected Partners will receive full training by the end of this year.

Roger Horner, Group Managing Director of e3 Systems said, “We are very pleased to have this new technology working well at sea and also delighted to have signed this commercial agreement with Kymeta so we can now deliver this fantastic solution to the yacht market. Please contact us via our website if you are interested in the solution or would like to become a CDP or a CIC.”