KA – The myth of lack of stability? 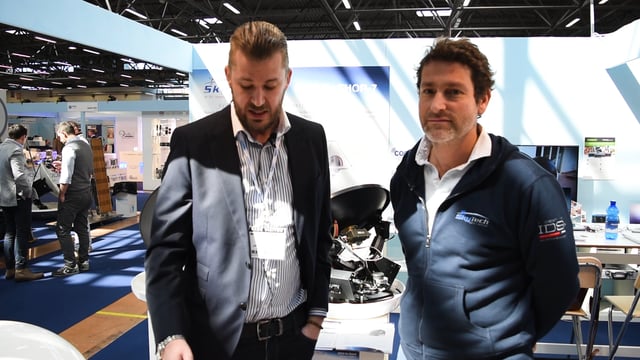 Just throttle down the bandwidth via an automated modem.

Ka-band is being hailed by some as the next big thing for satellite technology, with smaller terminals and a major speed boost for superyachts most demanding owners – but how does it really compare against both legacy and emerging Ku-based solutions?

We ask two of the market leaders as they face off over 10cm difference, does size really matter?

Antenna size you can’t change physics, Antenna size has important implications for performance, The higher frequency Ka-band allows the use of antennas that are a quarter the size of their Ku counterparts in order to achieve the same gain.

“Rain fade,” or interference caused by certain atmospheric conditions, is a frequently discussed topic in the Ka- vs. Ku-band arena, and is one of the biggest challenges affecting communications reliability. Rain fade is generally caused by wet snow and other moist precipitation (interestingly, dry snow has a minimal impact). The most significant attenuation due to rain is typically seen during relatively short periods of very intense rainfall

Talking Tech with Edoardo from Skytech

To find out more about Skytech, visit their website

To hear what Cobham has to say: view the interview