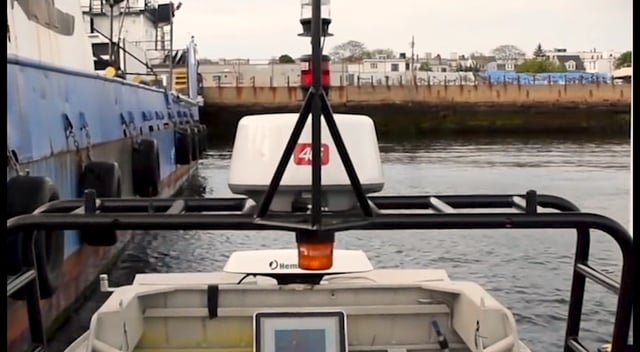 Sea Machines has developed an advanced remote command and autonomous control systems for workboats, tugs, and offshore vessels. Its technology can be used for unmanned piloting of vessels, to improve productivity and efficiency as well as safe operations in hazardous environments. Designed for workboats, we can see this being adapted for a wide range of uses including toys and tenders and emergency repair on superyachts. However, this technology has the possibility of being adapted for larger vessels, meaning there is future possibility that superyachts could be helped with steering by an autonomous system.

Sea Machines’ Autonomous Control System uses common vessel-based instruments and proprietary algorithms to give the watercraft a degree of self-awareness, allowing the boat to efficiently self-motor from point-to-point while avoiding active & passive obstacles or collaborate in tandem with another vessel. A remote user interface is also provided, for command and control as well as data reception from the autonomous vessel.

Autonomous marine tech such as drones have already been explored somewhat. One example of this is the Oscar-class stealth drone, designed by American military robotics experts 5G International and built by United Arab Emirates-based Al Seer Marine. Their drones tackle a myriad of tasks; from harbour security to anti-piracy and other missions. California-based Saildrone’s aerial vehicles have now sailed over 60,000 nautical miles, with missions in the Atlantic, Pacific, Gulf of Mexico and Bering Sea. In September 2016, the company raised US $14 million to further expand its fleet and data services, testament to the popularity of this independent tech. However, for us the question had always been how this trend for autonomy in the marine industry will translate to superyachts.

The video shows a twin azimuth drive Bodan-Werft tug, that last year the company outfitted with its alpha systems for tests & trials.