The Plastic Soup Problem and How Tech Can Help 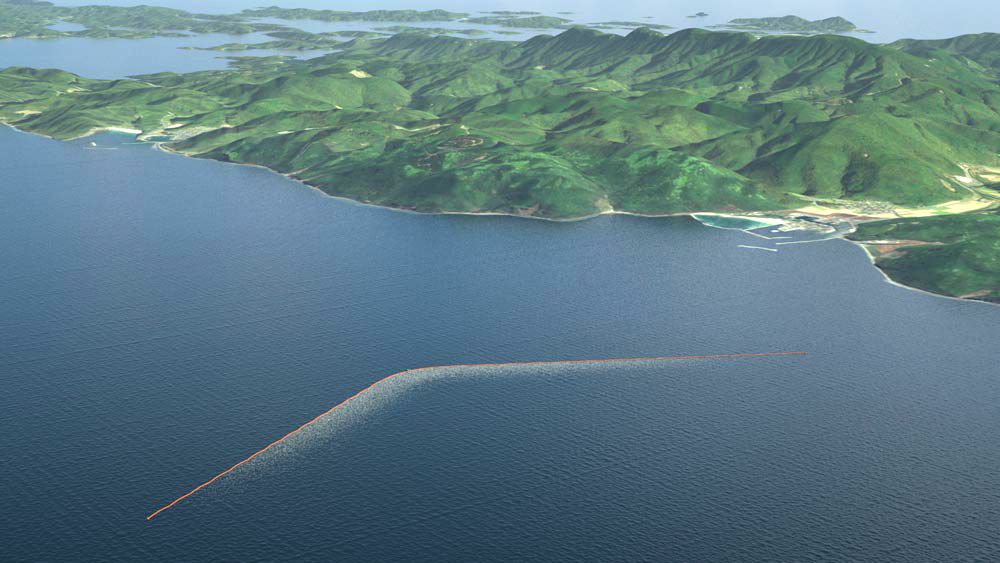 Plastic represents some of the world’s most diverse, affordable, and durable material used by mankind. More items than you might think are constructed from plastic and there is a very good chance that you can easily find a dozen or more inside your household in the next five minutes if you wished to do so.This versatility and ease-of-use, however, is also a major pitfall for plastic. Though we attempt to recycle some of them, the majority of items made out of different forms of plastic end up in landfills or in the world oceans.

The unfortunately ginormous concentration of plastic has many names. In the North Pacific Ocean, where the problem is most obvious, it has been called the Great Pacific Garbage Patch. Others, such as the eponymous Plastic Soup Foundation, prefer to give it the more colloquial denomination of Plastic Soup.

Regardless of the name, the issue at hand remains the same; the world’s oceans, and everything in them, are drowning in plastic. It is estimated that 75 percent of debris at sea is plastic and polystyrene, and that has consequences beyond what most people understand.

For instance, plastic gets degraded into small particles and absorb toxins. Then, they are eaten by fish which are then caught and consumed by people. Millions of fish and seabirds die every year as a direct result of plastic.

In 2013, at the age of 19, Dutch student Boyan Slat founded an organisation called Ocean Cleanup, with an obvious aim. Then, he proposed a 100km-long boom, or barrier, that would effectively use sea currents to passively collect floating rubbish and organize them into patches.

The patches would essentially form an artificial coastline, caught by solid screens. Marine life would simply pass underneath the barriers while the v-shaped array of the construction would allow the plastic to slowly become more and more concentrated.

Of course, keeping the plastic in a single place is not exactly a final solution. As such, a central collection point will accumulate rubbish where they will be shipped to land. Once there, plastic will be recycled and sold directly to B2C companies which will hopefully make the project self-sustainable.

This project represents the only tech solution that works directly in the oceans and that is currently in its testing phase. In fact, the organisation has a lot more announcements to make in 2017. However, there are several other companies that wish to reduce the Plastic Soup through other means.

Though eliminating the use of plastic entirely is a fantastic long-term goal, it is obviously not going to happen in the short term. Until then, repurposing plastic and recycling as much as possible are the obvious solutions.

Agilyx, a Portland-based company, is able to break down polymer into liquid form and selling it to others who can turn it into polystyrene. Importantly, Agilyx targets plastic items that are not actually recyclable or are too costly to recycle, such as shopping bags.

Another company targeting the same types of materials is BioCellection. This startup uses chemistry and synthetic biology to upcycle unusable plastic. Basically, their process turns plastic compounds into chemical compounds, such as emulsifiers and cleansers, which can be used in other industries such as the manufacturing of clothes.

One of the most interesting and unconventional projects was borne out of a team of UCL students. They proposed to use synthetic biology to engineer bacteria which will make the plastic stickier and thus allow it to be collected far easier. This method could perhaps be used to convert plastic into artificial islands, something that might even be of use to the Ocean Cleanup foundation as they cannot target the smallest plastic particles otherwise.

Where tech and companies have failed

These solutions represent a small part of a massive effort to combat pollution in the world’s oceans. Unfortunately, many tech solutions are nothing more than pipe dreams that never even make it into the prototype stage.

The Ocean Cleanup foundation has taken four years to develop a viable prototype and the end-cost of the project is estimated at $300 million, or approximately €280 million. And that is a project with a strong foundation and equally strong investors in the form of the Dutch government.

Some companies, like G-Star and even Adidas, have attempted to make clothing out of recycled plastic recovered from oceans. As the Plastic Soup Foundation warns, however, this is not a viable solution because it ignores other problems. For instance, wash cycles generate thousands of tiny fibers which are then transported into the ocean. And as mentioned before, plastics of a tiny scale end up in fish and up the top of the food chain to humans too.

There is currently a huge debate about environmental awareness as well as the development of environmentally-friendly solutions. The hope is that technology will be able to aid with the cleanup but until regulations and until awareness becomes a standard issue, these solutions will simply tackle the symptoms and not the cause of the problem.