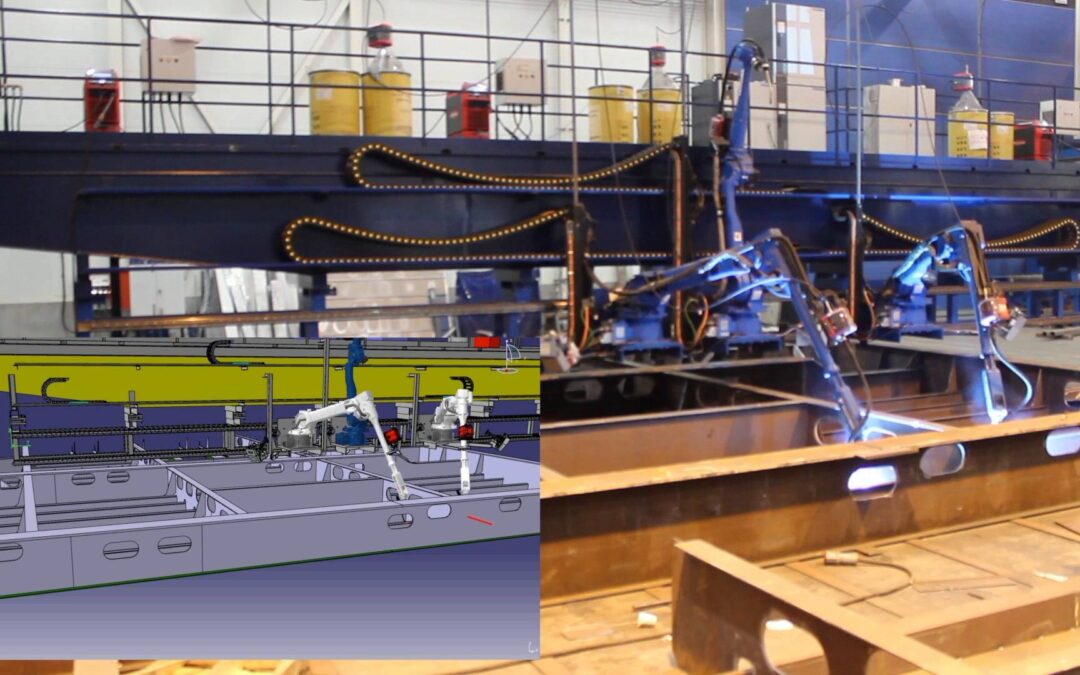 Automated systems in manufacturing plants are nothing new. Since the industrial revolution, manufacturers have attempted to automate as many processes in the production as possible. With technology advancing at a rapid pace, however, discussions related to robots are once again at the forefront of the industry.

In shipyards, robots have been a part of the manufacturing process since the 1980s. Of course, the area of robotics has seen incredible improvements over the years. Today, welding robots are vital to shipbuilding for their economic feasibility, production effectiveness, speed, and level of detail.

To better understand the robotics trends in shipyards we turned to Kleven, a family-owned shipyard with more than 100 years of experience in the industry. The company, while mostly known for its commercial vessels, has also ventured into the superyacht industry with Ulysses, a pair of explorer’s vessels.

Shipyards like Kleven, with extensive experience in the industry and the market, are leading the way across many fronts. They set standards for others to follow and showcase that their way can be effective, efficient, and beneficial to both companies and their employees.

”Robots have been part of our production method for years already. Almost 100% of the initial steel work at Kleven Verft is welded by robots. We are always looking for the optimal building method”, explains Tore. ”Knowledge about steelworks, and capacity to do so at our own site, is essential. To be able to do steelwork in a cost effective way in Norway, we chose to automate parts of the processes. We invested in advanced robotic tools, operating at a fully automated production line, producing hull modules. We have automated ‘one of’ production, unlike mass production which is the normal way”.

Companies that produce the highest quality vessels, such as Kleven, have employed automated machines to create bespoke pieces of equipment. The point of difference is that while many think of robots as mass-producing machines, their refinement allows for much more precise techniques than ever before.

Titans of the industry

While Kleven can employ such tools effectively, the logistics and supply chain of such robots is often handled externally. Prodtex, for instance, is specialized in the production of both hardware and software for the automation of the manufacturing industry.

Innovations in the automated sector of the shipyard industry are vital to its continuous prosperity. A crucial aspect has and will continue to be, the relationship between everyone involved in the industry.

”Shipbuilding on the west coast of Norway still is and traditionally has been a very close cooperation between the shipbuilders, the designers, the owners, the equipment suppliers and the seafarers. Practical experience from those operating the vessel is brought back to the shipbuilders, implementing the seafarers’ experience and wishes directly in the next project”, suggests Tore.

Even though change might arrive in a more gradual manner for shipyards compared to other industries, these kinds of relationships allow everyone to be on a level playing field. Once they have all the required information, shipbuilders use their expertise in the most efficient way possible and robotics have played a huge role in this approach.

The future of shipyard robotics

For companies like Kleven, robotics has become an invaluable part of shipbuilding. Automation is a still-growing industry that has already transformed several markets. Shipyards, which started to adopt such processes decades ago, already have the advantage.

Though some might remain skeptical about the use of automated machines, welding robots have more than proven their worth in the market. More automated processes in shipbuilding are an undoubtedly part of the future, and companies like Kleven and Prodtex will surely get there first.

– To see our Digital Magazine – Click here
– The next edition will be out in March, to keep updated with the news – Subscribe!
Simply enter your email at the end of the home page.
– If you have any technology news to share or you are interested in featuring in future editions email us!
– ETO’s, we want to hear from you – have your say in our ETO forum.