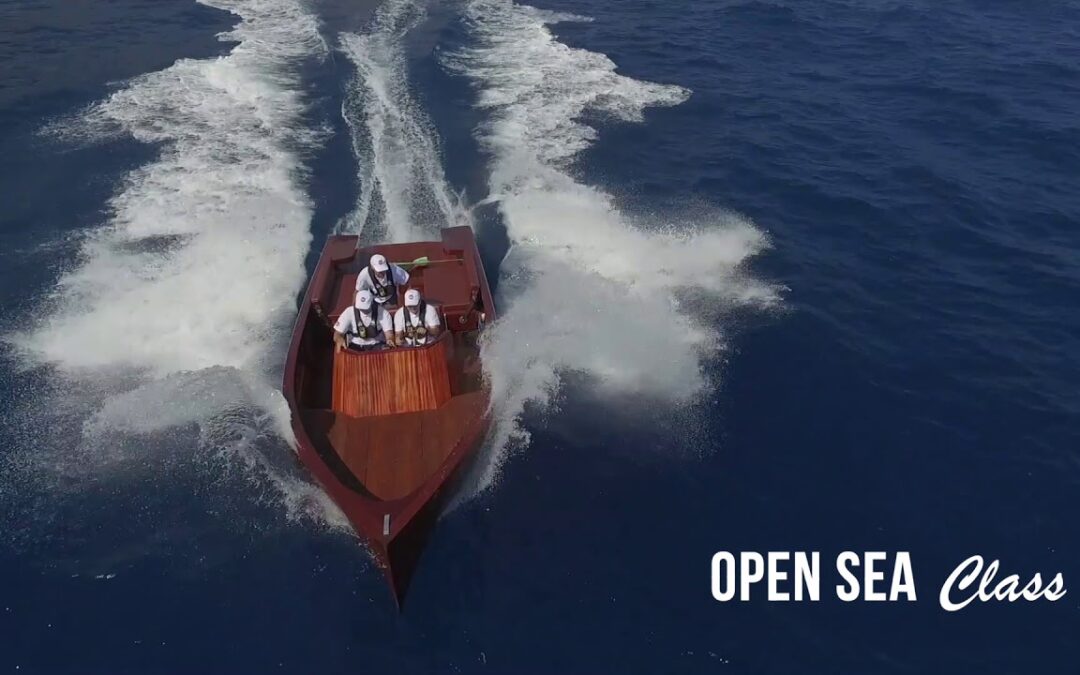 Around 35 teams in three classes are expected. Of these, 17 teams from 12 countries including Italy, France, Netherlands, Monaco, Portugal, England, Greece and Germany, but also United Arab Emirates, Indonesia, China and Peru will be competing in the Energy Class.

Candidates in the Energy Class have to design a propulsion system using a renewable energy source of their choice, but with all teams restricted to using the same given quantity of energy. Each team is given a catamaran hull by the Yacht Club de Monaco. Terms like fuel cell, heat recovery to maximise propulsion efficiency and artificial intelligence are no longer science fiction, but progress and innovation. Launched in 2018, the Energy Class has proved a huge success. The Gadzarts de Hydrogadz from the Université des Arts et Métiers d’Aix in Provence, who won the Zero Emission Prize in 2019, are returning with their sights set on winning another prize.

Out in force since the first event in 2014, the Solar Class honours boats powered by solar energy alone. One-on-one duels, a slalom course and endurance races test teams to the limit. Last year, in an unprecedented edition online there were six in the Solar Class, including the Dutch from Tu Delft. They won the Spirit Prize thanks to an excellent video retracing months of work and the lengths they took to adapt to restrictions imposed by lock-down in the Netherlands. Some 15 teams from across Europe are expected this year.

Formerly called Offshore Class, the renamed Open Sea class is open mainly to vessels already on the market or about to enter it. They face several challenging events to test their boats’ autonomy including a 16 nautical mile (29.6km) race from Monaco to Ventimiglia in Italy, an endurance course and a manoeuvrability challenge. For electric or hydrogen boats already on the market or in development, the Monaco Energy Boat Challenge is a sea trial like no other, with the Open Sea class providing a showcase of technology that professionals can tap into for the latest innovations. The Candela Swedish team, as well as Laneva and Vita Yachts, two Monaco-based companies, have already confirmed their presence.

European ambitions to reduce greenhouse gas emissions are counting on a power revolution, and hydrogen, of major interest as an energy source, is an avenue being explored to achieve it. In September 2020, France unveiled its plans to become a major player in hydrogen by 2030. It is no surprise then to hear that six teams have already confirmed that they are going down this route for their project, like SBM Offshore E-Racing Team which last year won the Eco Conception Prize. They will be back this July 2021 for the third time and face five other teams, including newcomers Team Altran (CapGemini Group).

Another area being explored is the life cycle and reuse of materials, a method integrated by students at Bologna University. Last July they presented a concept that involved re-purposing a racing car frame for the cockpit of their prototype by adding a fuel cell linked to photovoltaic panels.

All have the same ambition: to develop propulsion systems to build the yachting of tomorrow. Exchanges between universities and the yacht industry have been very constructive, a prime example being the relationship between the Hydrovinci team and FinX, a young start-up which uses biomimicry for its propulsion system. The latter had a stand at the Monaco Energy Boat Challenge’s exhibition in 2019 where its meeting with students led to a partnership that continues today. Another is the French Wave Estaca team, winners in 2019 of the on-water challenges who this year will be testing a vertical axis thruster from ADV Tech with whom they are collaborating. Nobiskrug shipyard will also be participating as it explores new energy sources to power yachts in the future.

One full day on Thursday 8th July 2021 is set aside for a conference. It will be an opportunity for experts to further their knowledge on a range of topics such as bio-composites development in yachting, clean energy sources in action, alternative propulsion systems, design and build efficiency, and the latest progress from research projects in the naval sector.