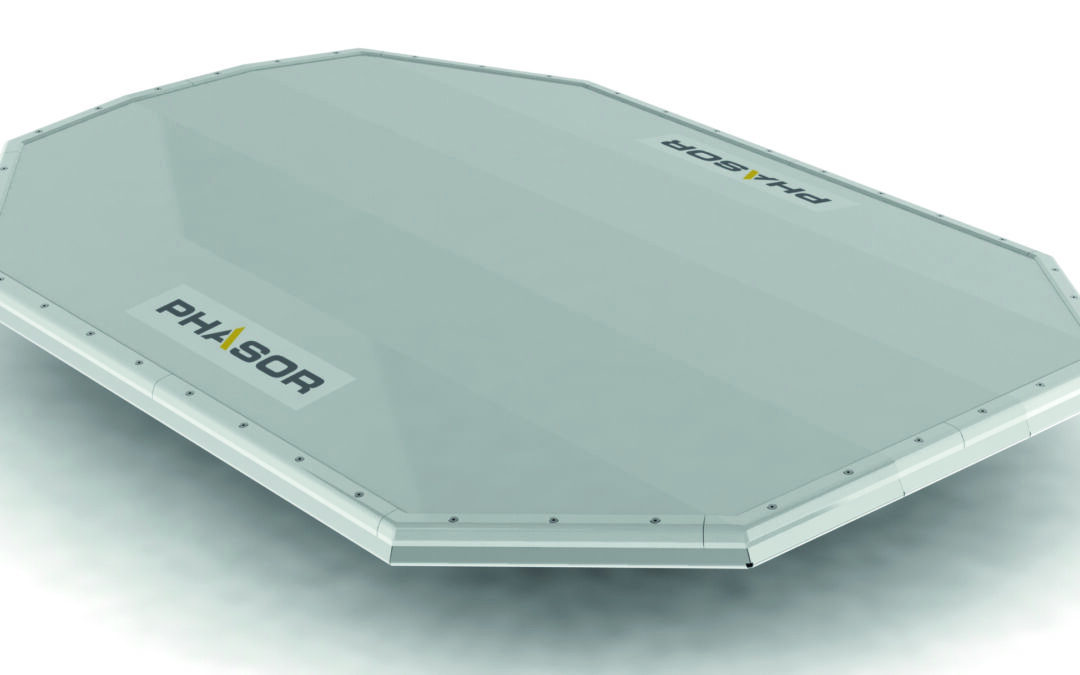 The world of communications is evolving at a rapid pace and we are moving into a new era of mobility that is challenging, exciting and which has the potential to take us to a whole new level of connectivity. This has been prompted by our need for ubiquity of connectivity, often at broadband speeds. The smartphone, and other mobile devices have completely transformed the way and “the where” in which we communicate, work and entertain ourselves. We are ‘always-on’. We want to talk, to use social media, to stream movies or access email anywhere. Our expectations of connectivity have completely changed and we need to ensure that these expectations are met.

A satellite revolution pushing the need for innovation

For connectivity at sea, nothing can rival satellite and for decades it has been a reliable source of communications links for mariners. Unconstrained by terrestrial infrastructures’ limited reach, satellite delivers communications to virtually anywhere in the world.

Today, however, the satellite industry is experiencing a revolution that will transform it forever. These changes will dramatically affect the reach, affordability and accessibility of “over-the-horizon”, or satellite-based broadband wireless connectivity – and this will completely change maritime communications. Phasor is at the forefront of these changes, pioneering an electronically steerable, phased array antenna that holds the key to unlocking the potential of next-generation satellite services.

Communications satellites operate in three types of orbits: Geosynchronous Orbit (GEO), Medium Earth Orbit (MEO) and Low Earth Orbit (LEO). Traditionally, GEO satellites have been the mainstay of the industry and these large communications spacecraft, located over 37,500km above our heads, travel at the same speed as the Earths’ rotation, and therefore appear to be “fixed” in one location in the sky. These satellites, though extremely capable as broadband communications relays, suffer from latency, which can affect certain types of communications such as real-time voice & video communication due to the time -interval for a signal to reach and return from the satellite.  Additionally, GEO reach is limited in coverage in the extreme Northern and Southern Hemispheres where the “look angle” from an antenna to the equatorial satellite is extremely low, which impairs communications links.

Alternatively, there are other types of satellites called “Non Geosynchronous Satellites”, (NGSOs), which travel in multiple orbital planes around the Earth, at dramatically closer orbits. These MEOs and LEOs were traditionally reserved for scientific, weather, government/defense and narrowband communications missions. The important and notable change that is now rapidly sweeping the industry is the use of smaller satellites in the MEO and LEO orbits for “wideband” (Ku- and Ka- frequency) broadband communications. Due to their much closer proximity to the Earth, latency is no longer an issue, and the multiple orbital planes (other than at the equator) ensure coverage literally everywhere on Earth, including the Poles.

The planned MEO and LEO constellations will consist of many – in some cases thousands – of smaller satellites that will orbit the Earth much faster than GEO satellites. This means that the ground terminals (antennas) that receive the signals must be able to track these moving communications satellites (as opposed to the apparently “fixed” satellites in GEO). In addition, it is required that the ground terminal must track two LEOs/MEOs simultaneously. As one comes into view and transits across the sky, the second must be tracked and engaged to ensure the network remains connected seamlessly.

What does this have to do with Superyachts?

The developments occurring within the satellite industry have the potential to create huge benefits for superyacht owners and maritime communicators. If GEO, MEO and LEO satellites, with all the individual and complementary benefits they bring can be used in an interoperable way, superyacht owners and maritime communicators will be able to realize a connected experience that is unprecedented– the ability to truly connect EVERYWHERE in broadband, independent of location or which type of asset (GEO/MEO/LEO) is being accessed. This powerful combination is being built and launched today, but will only work with a new breed of enabling technology – the electronically steerable antenna, (ESA)

The right kind of access technology – agile, reconfigurable, high-performance – unlocks the potential of the new space segment infrastructure in development. Without it, these ambitious constellations and the plethora of services and new applications they empower, literally cannot be realised. The ESA is the gateway technology that will enable these transformative communications.

Washington DC and London-based Phasor is a developer of commercial phased array antenna systems, designed to meet the growing wideband mobile broadband market requirements. Phasor has taken the traditional parabolic SATCOM antenna and transformed it into a flat, solid-state, electronically steerable antenna system, standing just 2 inches. It can be either completely flat or conformal to the superstructure of a yacht due to its modular design, providing enterprise grade mobile connectivity to passengers and crew alike. The same technology is very well suited to support the three different aforementioned satellite constellations. Moreover, the antenna’s modular architecture allows the system to be scaled to virtually any use-case requirement. It is the ultimate in flexibility, yet it delivers consistently high data rates that support the demanding, bandwidth-hungry applications so important today.

Phasor’s system allows users to communicate with satellites anywhere in the sky while on the move using a low profile, solid-state, electronically steered antenna. Phased arrays are active antennas made up of an interconnected series of very small patch antennas, combined in such a way to extract a specific satellite signal from a noisy background. By controlling in sympathy the signal delay (or phase) and power levels of each of these tiny antennas, the combined signal can be steered in any direction.

Phasor’s system is unique – its proprietary microchips (or ASIC) control each of these tiny patch antennas, and its unique system architecture more efficiently and effectively combines signals to maximize gain. This enables it to create a dynamic, software-controlled antenna that can quickly and robustly track any satellite through a closed-loop feedback algorithm.

Phasor’s architecture allows for two independent “circuits” that use the same RF aperture area (through the same dual-channel ASICs).  The control systems are then able to independently steer these two beams in different directions.  These beams are fully independent in frequency, polarisation and pointing angle and can be fed to the same or separate modems.

This flexibility allows for a whole host of unique benefits; be it interoperability with GEO/MEO/LEO or make-before-break on HTS or LEO constellations.

The final delivered data-rates are determined by a number of factors and the antenna is in control of an important but finite number of these.  Phasor is very efficient in processing and combining satellite RF signals, which gives it very high fidelity in pointing and tracking accuracy, and very high gain (throughput) capability.  Beyond the ESA electronics, a fundamental driver of data-rate is the effective size of the antenna aperture – it is pure physics that a larger antenna area can deliver proportionally more data. Phasor’s scalable modular technology allows it to create a range of different sizes, and uniquely, many modules can be tiled together to create some of the largest flat panel antennas in the industry.

The other important role of the antenna is to robustly track the satellite no matter where or how fast the mounted vehicle (or the satellite itself) moves.  This consistent tracking results in a reliable data connection.  Phasor is able to do this near-instantaneously due to its closed-loop feedback and fully electronic steering (therefore no inertia).  It does not have to rely on GPS or inertial based sensors, or any form of conical scanning/feedback from the Rx signal levels that can be very slow and introduce loss.

Phasor is currently working on its land mobile and maritime field tests with the company’s first release products, which are expected to last several months.  Working on a 3-release strategy, Phasor’s Ku-band Release 1 systems will enter the commercial land mobile and maritime market at the end of the first half of 2019. This will be followed in late 2020 by the Ku-Band Release 2  products and then the first Ka-band Release 3 products in 2021. The company is already working with a number of partners on its Ka-band product iterations.

The enabling technology for next generation satellite systems

Phasor’s technology will both meet and exceed the connectivity requirements of today and tomorrow. The unique ability of satellite to connect anywhere is being taken to another level, one that will bring a fibre-like experience to superyacht customers and crew, enabling them to deliver future-proof, enterprise class broadband connectivity, no matter where they travel.