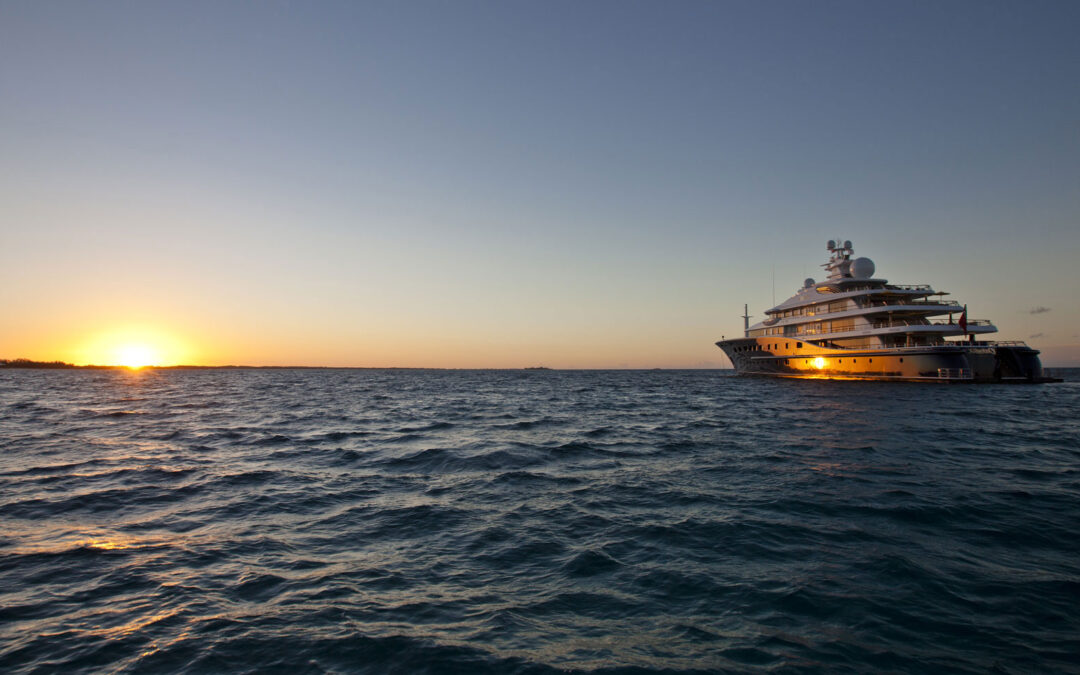 For superyachts, travelling in multiple countries is a part of reality. A superyacht owner might decide to go on a trip across multiple European countries, across the Atlantic Ocean, or in any other combination that they wish.

This reality of travel across multiple countries, however, comes with its own challenges. Aside from the fact that rules and regulations can change from one country to the next, there are other practical difficulties too. Specifically, roaming charges have always been a challenging aspect, particularly for crew members.

When there is a set destination in might, superyacht crew members can attempt to manage their roaming beforehand. In many occasions, they will be able to acquire different SIM cards which will have to be swapped out every time the vessels enters a new country.

Those who only wish to use a single plan across many different countries may incur the wrath of telecommunications carriers in the form of roaming charges. This has resulted in a phenomenon that the UK has called “bill shock” where mobile customers have no idea what their roaming charges are and are subsequently shocked when the bill arrives.

Obviously, changing SIM cards is not the most efficient or viable solution. This is even more true for on-board devices such as iPads which often use data for a variety of services. Changing cards on numerous devices or dealing with charges which are hard to calculate are not long-term solutions.

While those services were certainly a viable alternative to the data roaming charges set out by most phone carriers in Europe, they did not represent the best solution. The European Union has been trying to stop roaming charges from carriers for years and their work has finally borne fruit.

In February, the EU finally came into an agreement over the regulation of roaming charges between networks. In essence, they agreed upon certain caps over what one carrier can charge another when one of their customers uses their network in another country.

What they agreed upon was that voice calls will be 3.2 cents per minute and texts will cost 1 cent between operators. As for data, there will be a continuous reduction in price starting from €7.70 per GB in 2017 to €2.5 in 2022.

In addition to the plans above, the EU has detailed its decision to abolish all roaming charges starting from 15 June 2017. Carriers will no longer be able to charge additional fees specific to roaming charges as the EU will be considered as a single entity for the purposes of data and mobile costs.

While some carriers attempted to circumvent this decision the minute the EU made its announcement, the official response was swift; there will be no loopholes here. After many years of trying, the EU will finally achieve an end to roaming charges in June 2017 and they will not allow any single company to undermine the process.

What this means for superyachts is simple: if an owner, guest, or crew member wishes to use their own phone and data plan abroad, they will now be able to do so without fear of accumulating exorbitant fees.

Of course, this does not mean that standard data plans will suddenly work better in the high seas. It merely means that anyone on a superyacht cruise will be able to use their phone normally without being charged simply for being in a different country.

Importantly, the rule only applies to member states of the European Union. For instance, the UK will be exempt from this rule in 2019 after they leave the EU and any other European country which does not belong in the Union will still incur roaming charges as per usual.