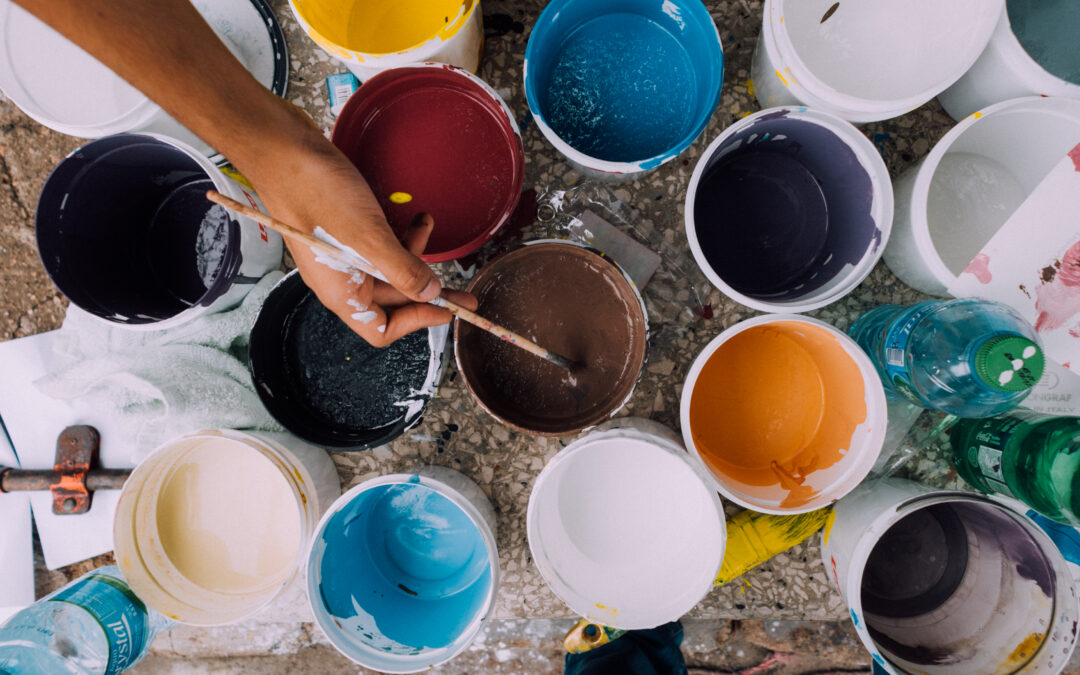 The world of superyachts has changed a lot in the last ten years. As an industry that is always several steps ahead of rest-of-world technology due to the money driving it, this has always been, and likely will always be, true. Combine this with the incredible technological advancements of recent years and the fact that in every industry tech development really does seem to have sped up, and you are left with booming technical marine advancement which shows no signs of stopping.

But what about the coatings which decorate and protect the vessels? The marine paint industry has been slowly but surely undergoing its own changes, including gaining a more environmentally-friendly focus and improving quality of appearance, something which is obviously key in the superyacht business. After all, what would be the point of spending millions or possibly billions building an exquisite boat, just to have the coating ruin the look?

The twenty-first century has brought a greater focus on achieving better sustainability in yacht coatings. This was officially marked by the introduction of the globally recognised Dow Jones Sustainability Index in 1999, which tracks the stock performance of the world’s leading companies in terms of economic, environmental and social criteria.?Many of the major paint-producers prioritise a high placement in this list as part of their social responsibility, with AkzoNobel holding onto the number one industry spot for several years.

To achieve this, companies look to new technology to help increase durability of paints as well as reducing the amount of solvents in their products. This not only reduces pressure on the environment but also reduces the amount that superyachts would need repainting, reducing expense for owners. Different countries legislate about what level of solvents is acceptable in coatings, but for businesses developing worldwide the aim should always be to meet the toughest standards possible.

Trying to find a good combination of ingredients that mean products still work well despite fewer solvents is the key to this. The result of the demand for low VOC paints has resulted in a rise of waterborne epoxies, which are typically lacquer dry types. Advances have been made in recent years with different drying agents, however the jury is still out on the use of these in the marine environment. Industry favourites include System Three’s WR-LPU Topcoat, PPG’s Breakthrough! Paint and Dupont’s Imron MS600 polyurethane topcoat.

A key priority when superyacht owners look at paint durability is colour staying power. Superyachts usually get re-painted every few years when fade begins to occur, though several variables such as the type of pigments used can mean colouration deteriorates more or less quickly. For example, certain reds and blue are more vulnerable. Though market expectations are that topcoats are durable for five to six years, Hans Slegtenhorst, Global Segment Manager Pro- and Superyacht & Marketing Manager Europe South & East for Specialty Coatings?at Awlgrip Europe, said that it would be good if they were able to increase this durability. “It is difficult though and at the same time we still want to keep selling our paint,” he said.

Companies learn from competitors or other industries when considering new ways to keep boat colour intact for longer, as well as from their own R&D departments. Awlgrip’s most recent development in this field was the introduction of the basecoat-clearcoat system four years ago, which creates a metallic or pearlescent effect, allowing for much more flexibility with colours on superyachts.

This works by painting the vessel with clearcoat after the initial colour, meaning the colour pigments in the base coat are much more protected from the damaging UV rays of the mid-season sun. Awlgrip’s product is Awlcraft SE, however a multitude of marine clearcoats are now on the market, from Coelan’s Clear Coating Transparent Gloss Finish to Toonbright’s Protective Clear Coat and many others. Some boat owners have even begun to use automotive basecoat clearcoat paints due to their lower price and wider availability, though there is debate about how these fare when boats are left still for a long time.

Ceramic pioneer Zytexx also offers superyachts an advanced kind of clear coating made of ceramic, which the company claims enhances longevity, glossiness and ease of cleaning. This coating has now been used on over 90 boats in the Mediterranean, with more elsewhere.

Polyurethane is one ingredient that is still widely used in topcoats, a firm favourite in paint technology despite having been around for roughly 40 years. Primarily used on yachts/superyachts, its effectiveness arguably means that the only reason it would stop being used would be if countries legislated against it. Another positive is its adaptability. The chemical has potential to be further developed to make it more environmentally friendly, by playing around with its ingredients to see if it could work as well with less solvents.

Developing new products and technologies always takes time. Paint trialling is a lengthy process in every industry, but is exacerbated further by the need to get it ‘superyacht perfect’. Hans Slegtenhorst explained how if his company put a product out without undergoing full testing it could be a very expensive mistake. “For example, if it was used on a superyacht and it didn’t work, re-doing the whole boat is no small task,” said Slegtenhorst. First the technology must be advanced, with developers reaching a solution for how it will work best, and then the product undergoes rigorous weather and real-world testing. Superyacht customers want the best of the best, so it’s an interesting and intense process that tends to take at least four or five years.

Because of this, companies within the marine paint industry are understandably reluctant to give away any specifics of what they are currently working on. However, with the major marine paint producers all boasting large R&D departments, it can surely only be a matter of time before the next big yacht finishing revolution.