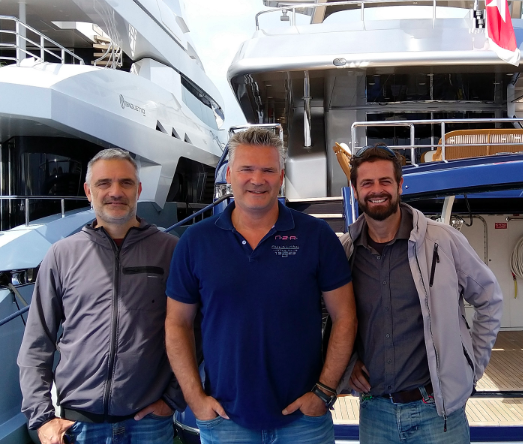 Martek CUAS recently announced their partnership with Italian yacht supplier and refitter Global Yachting / GY Marine who will now be representing Martek CUAS and their ground-breaking M.A.D.S anti-drone system in the Italian market.

In light of the increasing threat of drones invading privacy through video surveillance, photography and covert listening, as well as the more sinister threat of airborne attack, Martek Anti-Drone Systems have developed M.A.D.S™, a Marine Anti-Drone System. M.A.D.S™ is a modular system which detects and identifies drones within a 5km range, providing GPS positioning of both drone and pilot together with the drone’s speed and heading. Configurable and escalating stage alarms in real time allow the threat level to be assessed in good time to decide on appropriate defence actions. Once a real drone threat has been established, the system enables a 500m electronic ‘exclusion zone’ to be created around the yacht. Should the drone approach this exclusion zone, its’ control/video signal will be blocked, initiating its’ fail-safe mode forcing it to land or return to its’ operator.

The past few years the use of consumer-grade unmanned aerial vehicles (UAVs) has risen, with 22 million expected worldwide by 2020. The result of has been drones appearing in unwanted airspaces including above ports, marinas, anchorage or popular waterways.

M.A.D.S. automatically detects, identifies and tracks all drone(s) within its range, and it offers user-configurable and escalating alarms. It constantly scans two frequencies and detects protocols and frequency hopping.

The system also has a ‘defeat’ capability so if a real drone threat is established, the system enables a 500m electronic ‘exclusion zone’ to be created around the facility. Should the drone approach this exclusion zone, its’ control/video signal will be blocked, initiating its’ fail-safe mode forcing it to land or return to its’ operator.