Crew entertainment in the superyacht market 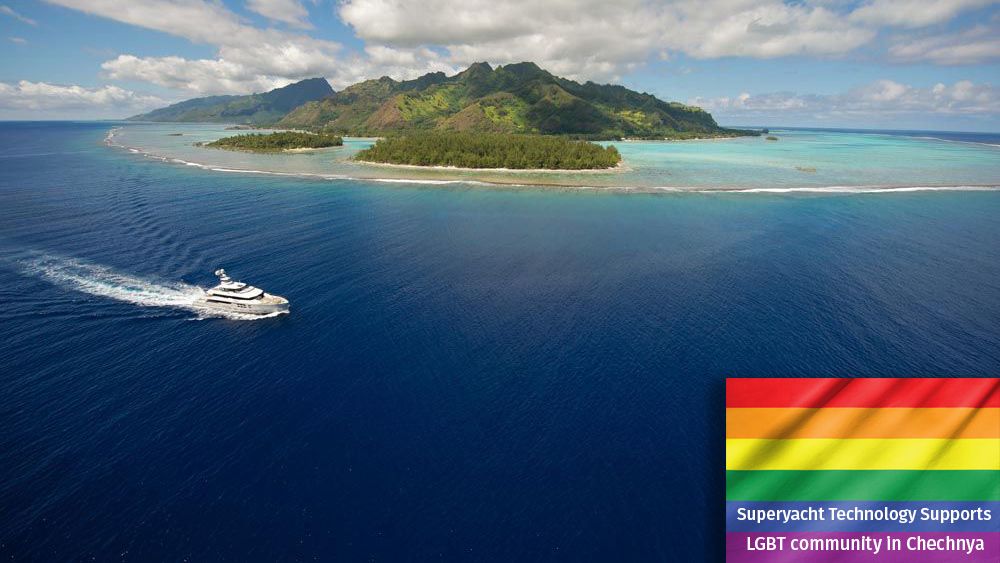 April edition of Superyacht Technology Digital Magazine is here! You can view and subscribe to get the future editions free.

Of late, there has been a significant upsurge in personal crew internet usage, and the need for vessel owner/operators to provision for this as they seek to maintain the welfare of their staff. Alongside the general increase in crew internet use, both the commercial maritime and superyacht sectors have shown an upswing in the adoption of video-based crew entertainment products, driven by the increasing sophistication of on-board entertainment products.

Crew dissatisfaction is an inevitable and growing concern

MLC-2006, with its stipulations for crew to be provided with adequate recreational facilities, is an obvious driver behind the increasing adoption of on-board entertainment, (as is the need to ensure that crew members have the appropriate licensing rights for the media they are consuming).

However, the provision of video-based entertainment services was always about more than simply ensuring compliance with regulations: It’s also a matter of crew retention.

Crews are expensive to replace and train, and as such, it’s always regarded as best to keep the crew you have. Yet the problem of crew dissatisfaction has been a growing concern in recent years, particularly amongst younger crew members. So-called ‘digital natives’ have had access to mobile devices, instant communications and streamed media all of their lives. As such, when faced with a lack of connectivity, younger crew members are far more likely than their older crew mates to experience loneliness, boredom, and a sense of ‘isolation’.

Some years ago NSSLGlobal ran a survey of 238 superyacht crew members, in an attempt to assess how they felt regarding broadband provision on-board their vessels. We expected to see some degree of dissatisfaction with the lack of provision of broadband in the maritime industry. We also expected this to be coupled with a realistic sense of the compromises that would have to be made at sea.

However, much to our surprise, 46% of superyacht crew members had vastly over-inflated expectations of on-board broadband, expecting coverage and provisioning to be on par with their land-based broadband connections. This view was held even more strongly amongst the younger respondents.

Video-based entertainment can provide a graceful solution to crew isolation

One of the great contradictions of providing ‘personal’ bandwidth allocations to individual crew members is that, while it can serve to satisfy their need to remain connected with friends and family, it can, in fact, be isolating in its effects, causing crews to retire to the seclusion of their cabins.

Video entertainment by way of contrast can provide a communal experience. It can also help to instil a sense of normality to the on-board experience; a sense of connection to the world through access to streamed media, the news, and the latest films. And while video entertainment will never supplant individualised broadband usage (nor should it), video entertainment systems can offset the amount of time crew spend on the web on their personal devices and encourage them to interact with each other in a casual capacity.

The desire for onboard video amongst crews is so strong that there has been a focus within the industry to provide workable solutions.

Our own solution, CrewVision, features an onboard, rack-based micro-streamer for each vessel, connected to the ship’s LAN and thence the modem and VSAT connection. Individual smart TVs are connected to this micro-streamer via CAT-5 cables and set-top-boxes, and content delivered via a consumer-style GUI. Video content is stored locally, and updated daily across the network during periods of low regional VSAT broadband usage, (with world news and sports summaries refreshed twice-a-day, and 5-8% of the movie content being refreshed each month).

One caveat to the use of such systems onboard superyachts is the fact that packages are generally priced for the provision of streaming to a minimum of five viewing devices. This is due to the restrictions of broadcast licensing requirements. Generally, a superyacht will have to have a big enough crew to justify this spend. Minimum spend is, therefore, worth considering when making a purchasing decision of such a system.

More generally, beyond obvious features (such as a good catalogue of content and the provision of an easy-to-use GUI), my view is that the most critical feature to look out for in such systems is the degree to which it is intelligently wedded to the backend VSAT Satcom system that provides the refresh data to update the viewing content; selecting periods of low regional VSAT demand before multicasting the entertainment data to vessels in one broadcast.

The industry overall is still some years from the point when we’ll start to commonly see live streaming of video become either satisfactory (in terms of QoS) or economical for onboard entertainment. Until that point, onboard media streaming of the type offered by NSSLGlobal’s CrewVision represents an effective halfway house between a local media serving and on-demand remote shoreside streaming and provides an excellent way to keep crew members entertained and connected to up-to-date news during their leisure time.

Got Superyacht Tech News?
We are planning our May edition of Superyacht Technology Digital Magazine. Send your stories to News@superyachttechnology.com